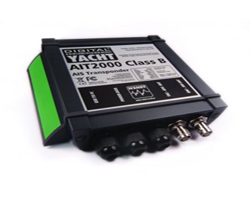 The 3rd generation Digital Yacht Class B AIS transponder AIT2000 is compact, half the size of the well-liked AIT1000, yet packed with features of the latest AIS technology. Similar to the AIT1000, the AIT2000 is encased in a watertight sturdy casing and has a remote silent switch option of not transmitting when in port. It contains NMEA 0183, NMEA 2000 and USB port connection, making it compatible with both Mac and PC running navigational software and maritime chart plotters.

This AIT2000 plus GV30 bundle provides an “all in one” VHF+GPS antenna solution that is easy to install and requires less space. Although the GV30 short whip antenna has a smaller range, the benefits largely outweigh the costs.

The AIT2000 is suitable for light marine vessels up to 300 tons and it is able to sense targets up to 30NM. Best of all, this transponder is affordable compared to other AIS transponders with similar functions. 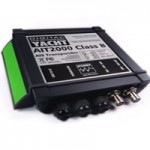