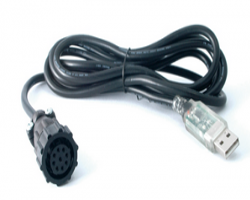 The Pilot Plug USB Cable allows for convenient and easy connection from a PC to Class A transponder. The pilot plug cable creates a virtual infrastructure, allowing modern navigational software and charting platforms to read the NMEA0183 AIS and GPS data on modern computers via USB.

A multi platform driver CD will be provided which allows the pilot plug USB cable to be used on PC, Linux and Macintosh computers. With a Windows PC, there will be a value-added of having SmarterTrack Lite AIS viewing software that turns the PC into an AIS target display. There is also an additional benefit of the interface showing a green light when data is received and a red light when data is being transmitted which avoids confusion. 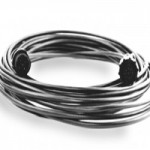